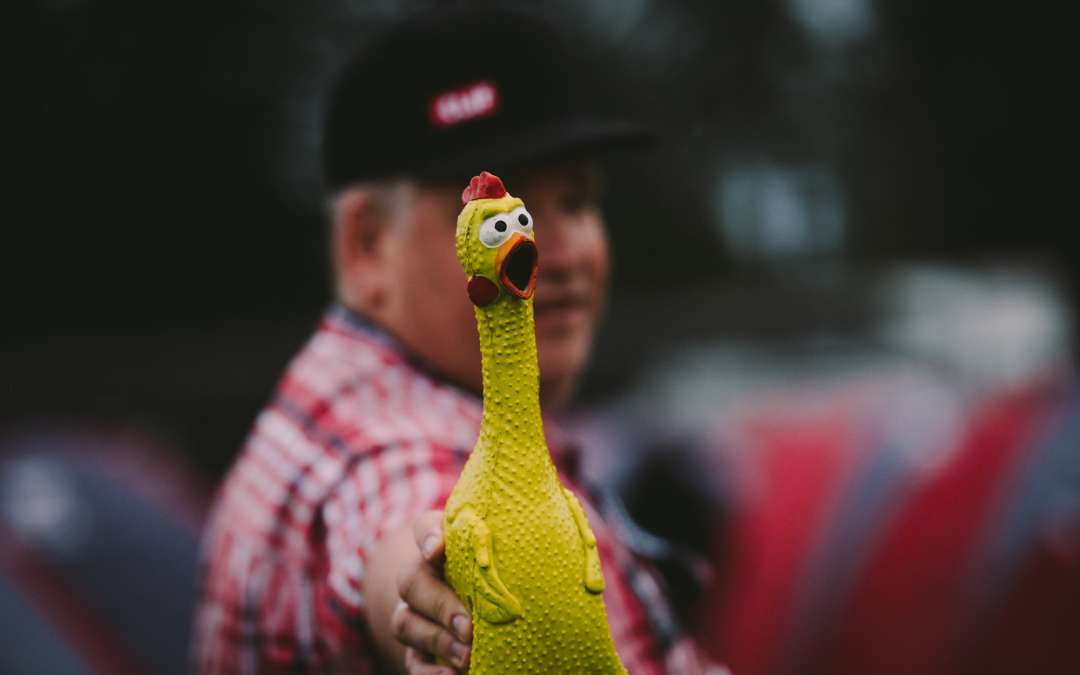 Sometimes they like to serve it up greasy in Cumberland. For West Coast mountain bikers, a little drizzle puts a little dazzle into the trail. However, for BCBR’s guests from Spain, Mexico, the American Southwest and anywhere else where a drop of rain is enough to cancel a ride, they were left wondering who smeared bacon fat on the roots and rocks of the local trails. 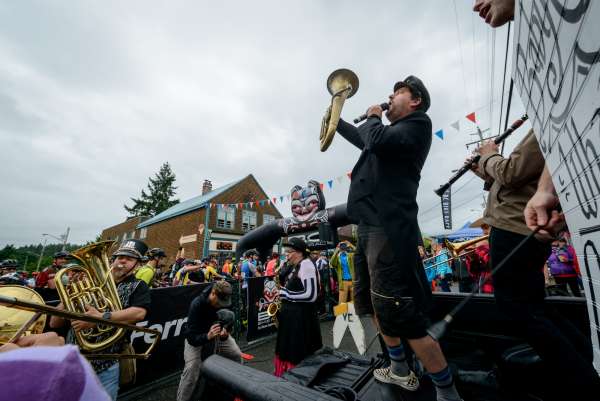 It was Stage 2, and racers lined up at the start along the village’s historic main street beneath grey skies, many of them oblivious to the lung-buster that awaited them - 10 km of steep gravel road ascending that would deliver them to the top of the Cumberland trail network and their first downhill singletrack snack of the day. It’s a doozy, Further Burger. Almost flowy when it’s dry but with a patina of rain, a blur of sidehill, off camber roots and rocks, and tight trees that seem to reach out and grab your handlebars.

Yesterday’s stage left us wondering if Katerina Nash (Team Clif Bar) would maintain her headlock on the yellow jersey and fend of challenges from Courtenay McFadden (Team Pivot-Maxxis) and Jenna Greaser (Rocky Mountain.) In Solo Men, nothing could be taken for granted. Felix Burke (Rocky Mountain) clearly has his focus trained on the yellow jersey. So too does Kerry Werner (Team Kona-Maxxis-Shimano.) But Geoff Kabush (Team Yeti-Maxxis) would not be easy to dethrone, least of all in Cumberland, which is basically home turf for this Comox Valley-raised World Cup XC phenom. After yesterday’s three-way draw at the top, he proved that he’s showing no signs of slowing down. 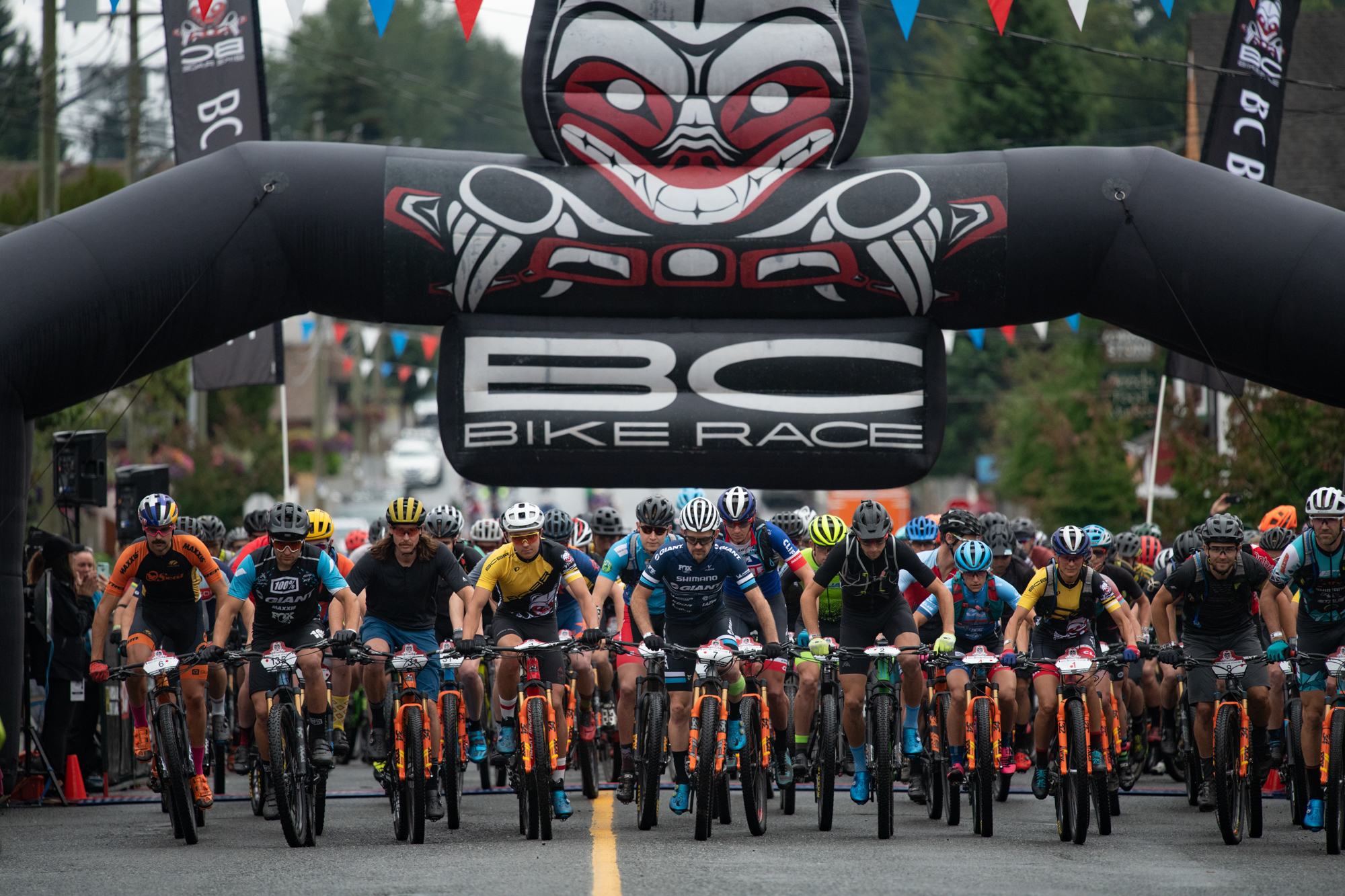 After the punishing Davis Lake Main gravel grind, elite riders plunged into the think-fast fury of Further Burger, followed by burly Blockhead and the cheeky chicanes of Bear Buns. Then it was the day’s feature Trail - Vanilla.  Burke, Kabush and Werner hit it like a freight train, their tires humming on Vanilla’s compacted dirt that has been sculpted and burmed by the United Riders of Cumberland trail crew into one of the most popular trails. For good reason  –  it was all grins and hoots, even in the lead pack, as riders greedily ate up this smooth, flowy trail. Not far behind was Edmonton’s Michael van den Ham, Benjamin Sontag (Team Clif Bar,) and Paysen McElveen (Team Orange Seal – Trek,) all looking strong and hungry for podiums. 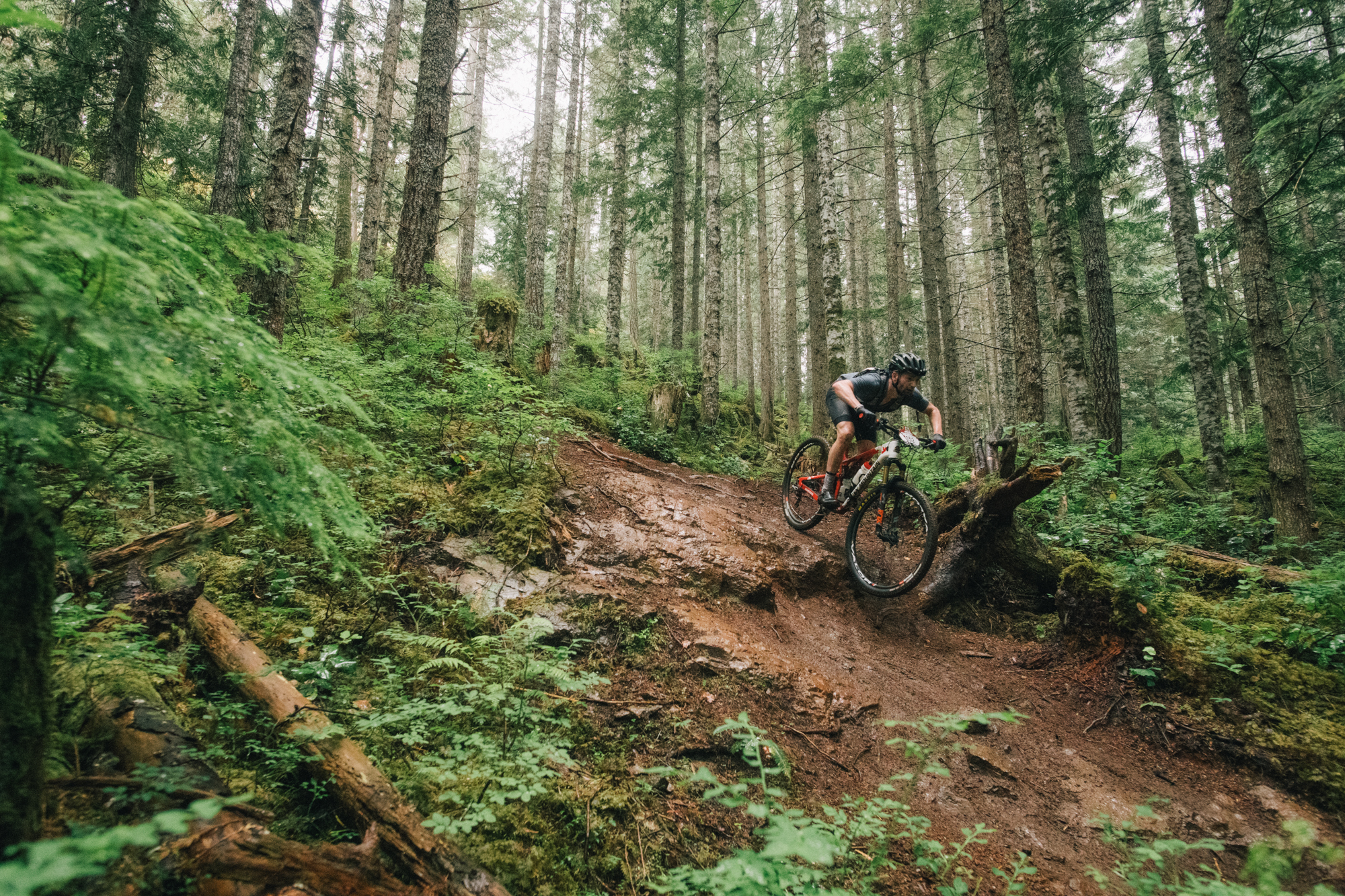 “The climbs are feeling hard this year,” Sam Schultz (Rocky Mountain) had said before the Stage 2 start gun. But if donning baggy shorts is a sign of retirement, Schultz was bucking the trend. As usual the Montana soul rider was in the mix, in 7th spot and within reeling distance of the leaders.

Southern man Joshua Nottenkamper of Alabama, also rocking the baggies, along with Chad Black from Laguna Niguel, California were out to prove they’re willing to fight their way at the top.

Not surprisingly, Nash was out front in Solo Women showing men how to shred singletrack, but with no reason to be complacent.  A mere 20 seconds back was McFadden, Durango, Colorado’s Karen Hill and Greaser.

A tight contest was brewing in Team of 2 (Veteran 80-99) between Normon Thibault and Graeme Martindale (Team NCGR) and Mike Rauch and Simon Blythe (Team Cahilty). An hour into the race, rain was falling steady and the grins were getting wider. 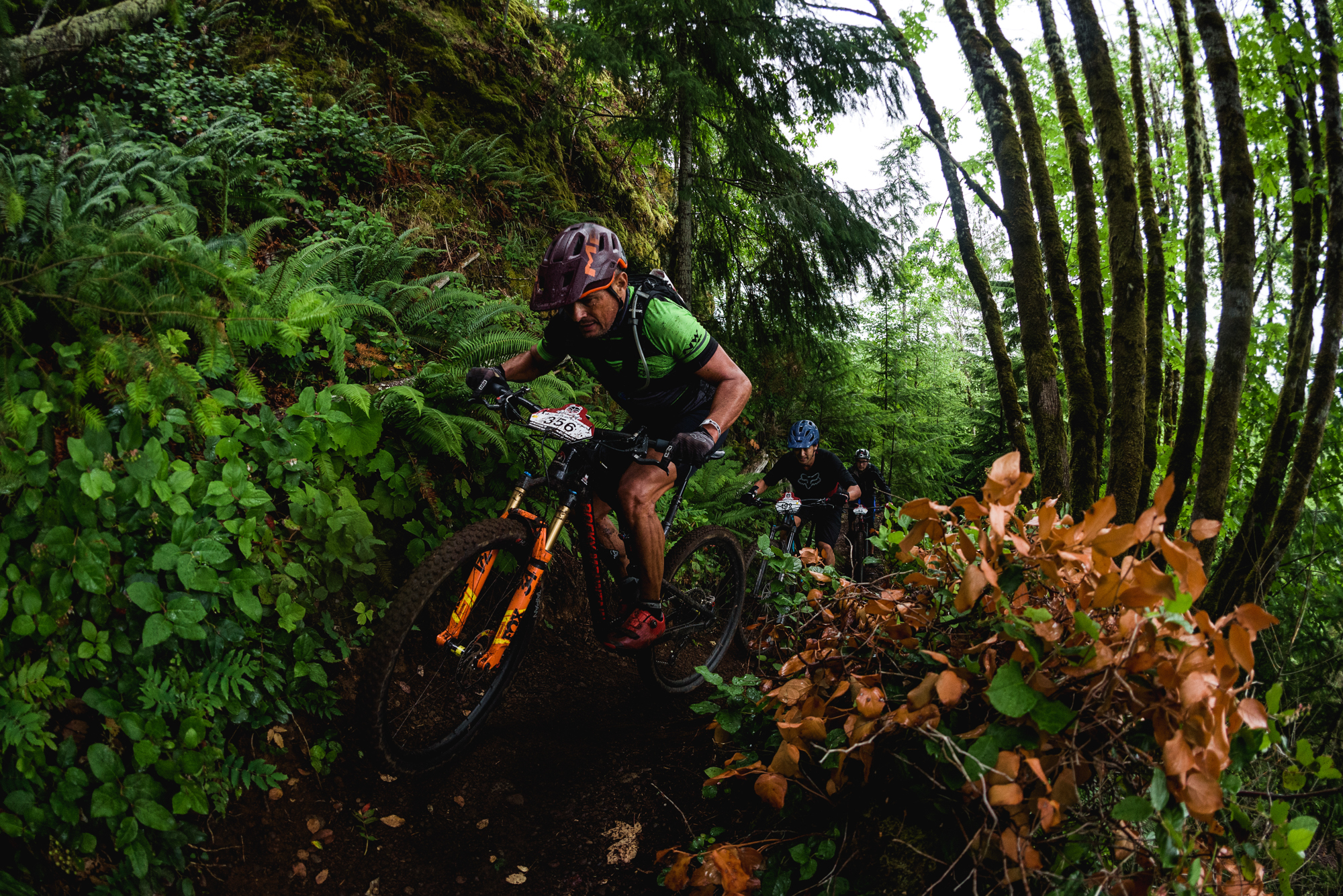 Let’s be honest, time spent in the saddle,  can either strengthen a relationship or destroy it. Especially the burly technical riding that is the BC brand. Syd Schulz and Macky Franklin, racing as the globetrotting, bike racing couple Team Syd and Macky, have forged their relationship on the trail into a strong bond and YouTube brand. And it’s getting results in their first BCBR appearance, as the couple would ride on to bag another 3rd place podium finish in Cumberland in Teams of 2 (Open Mixed.) But they were well off the pace being set by the stage-winners, Cannondale teammates Kaitlin Keough and Stephen Hyde crossing over from the world cyclocross and clearly loving BC singletrack.

For Colorado Spring’s Joe Malenfant and Joe Stitt, Team Joe (Veterans 80-99,) signing up for BCBR was their way of getting over their respective failed marriages, digging deep and doing something fun together.

“Signing up for BCBR was like a divorce present to ourselves,” Malenfant said, sporting a bloody right forearm and an ear-to-ear grin as he shredded rain-slicked Tea Pot. “I’ll definitely be back.” 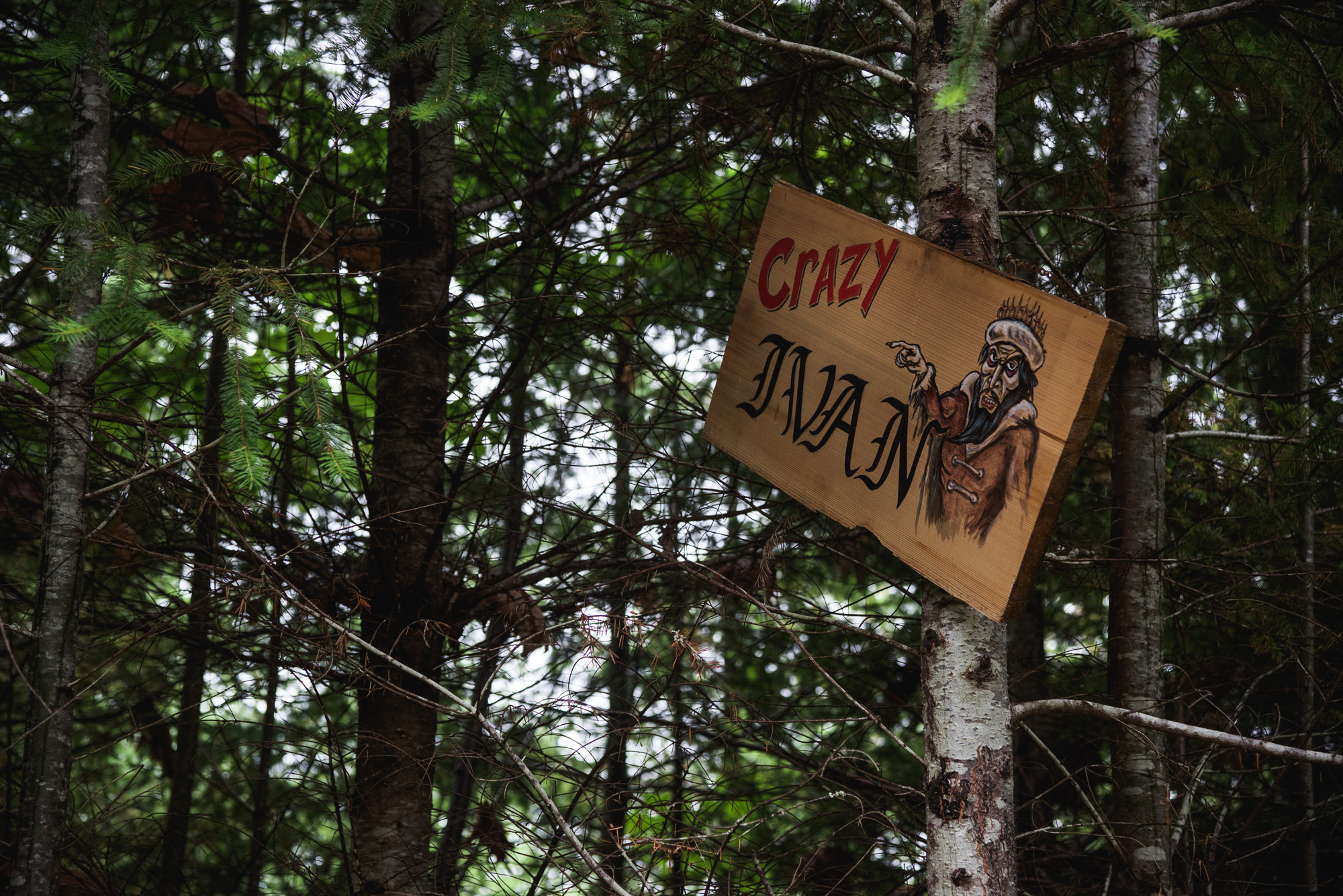 Among the leaders, there were other more pressing matters to attend to. Ferocious competition for the yellow jersey continued as they tackled the tight, 10km of twisting and tortuous trails in the Eastern Bloc, ending with a grin-inducing descent of Iron Curtain. Burke ended up clocking in at an astonishing 1:59:50, a mere second in front of Kabush, with Werner 3 minutes back in third.

“These trails are really suited to me. Racing against Geoff is like a dream come true,”

Careful what you wish for young man.

“It’s a long race. I would have had to take some risks to make any big gains today,” Kabush said about the spicy trail conditions. “I’m hoping my experience will pull through.”

Experience - and an engine that won’t quit - are so far pulling through for Nash. She crossed the line in 2:23:43, just 1:24min ahead of challengers McFadden and 6 min ahead of Greaser, once again maintaining her grip on the yellow jersey. 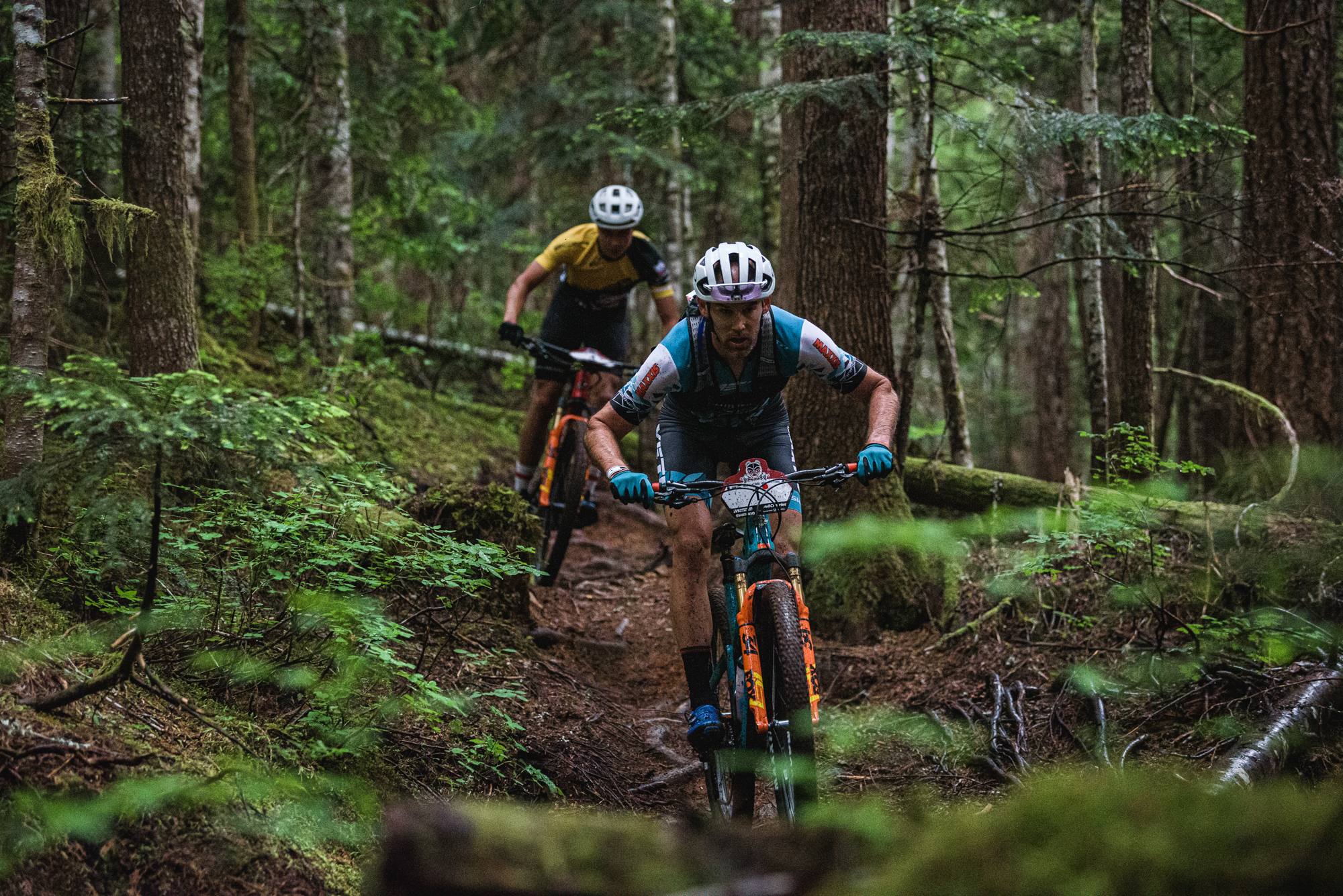 Kabush and Burke mixing it up

First time BCBR participant Greaser is loving the heat at the top.

“The competition and camaraderie has been awesome so far,”

Ottawa’s Tricia K. Spooner continues to look unstoppable in Solo Masters Women, while in Solo Veteran Mens, fellow Canuck Ted Russo appears reluctant to relinquish the yellow jersey. And will anyone take a shot at Belgian workhorses Jef de Coster and Cedric Parys and their claim on the top podium spot in Teams of 2 (Open Men?) Perhaps 2nd place finishers Clint and Colt Jones (Smiling Assassins) will have an answer and put the European flatlanders in the crosshairs.

After stage 2, many racers were already showing some wear and tear from the trail. But with tomorrow’s stage beginning mere steps away from their tents, they had a chance to soak in Cumberland’s small town ambiance, while also reflecting on a skill-testing day of mud, slick roots and bacon greased rocks. 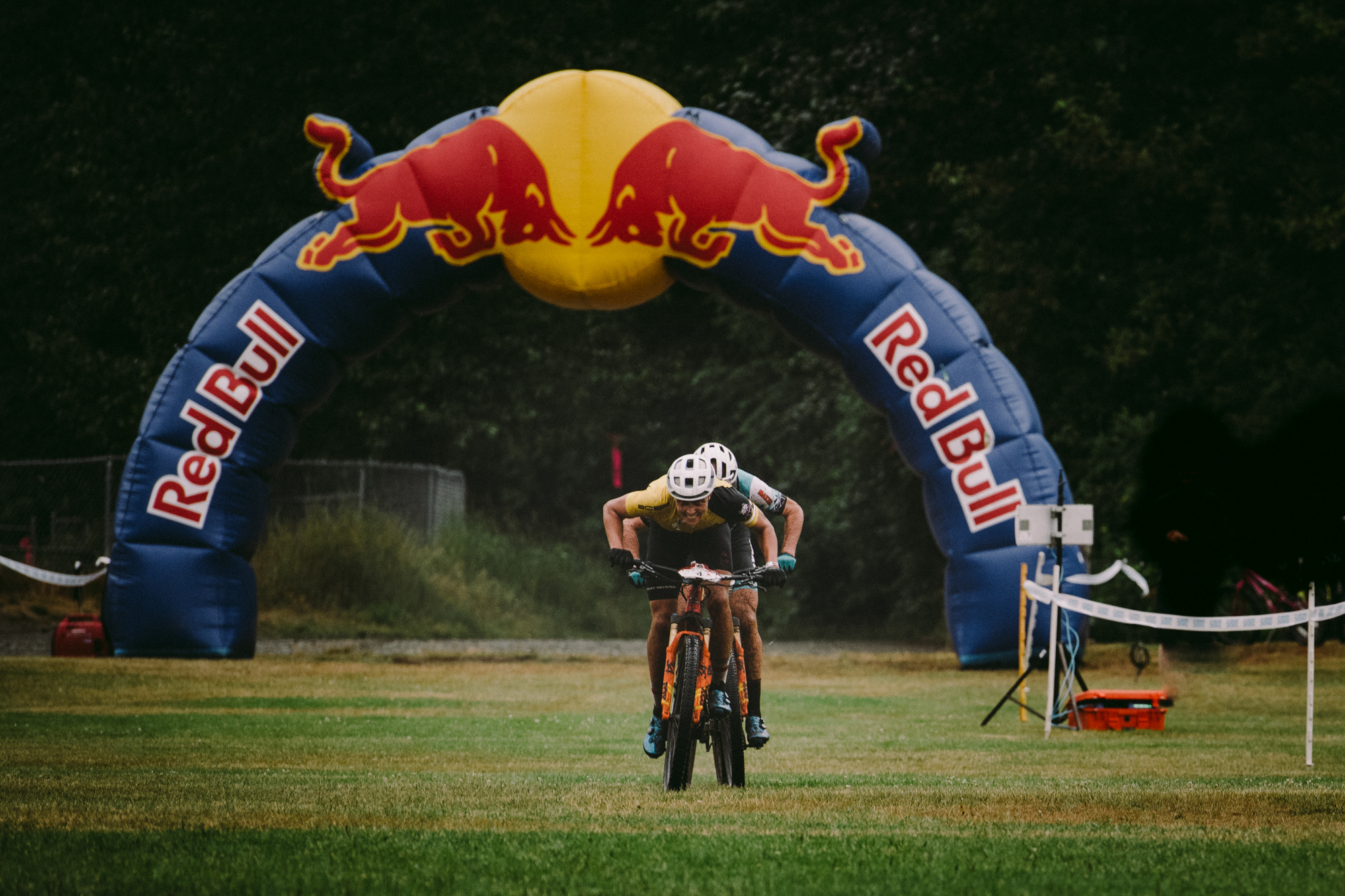 “I heard this race was technical but it’s more than I expected,” said Paysen McElveen (Team Orange Seal –Trek,) who narrowly missed a Solo Mens podium finish today, under a minute back and charging hard.

McElveen can count on more of a good thing tomorrow. Racers will tackle Stage 3, a rambling pedal-fest through Cumberland’s lower elevation XC. Rhizome, a high speed rip from the summit of Nikkei Mountain, is the day’s feature trail. A sunny weather forecast for Monday promises to sponge moisture from the trails and make for some more tacky deliciousness. 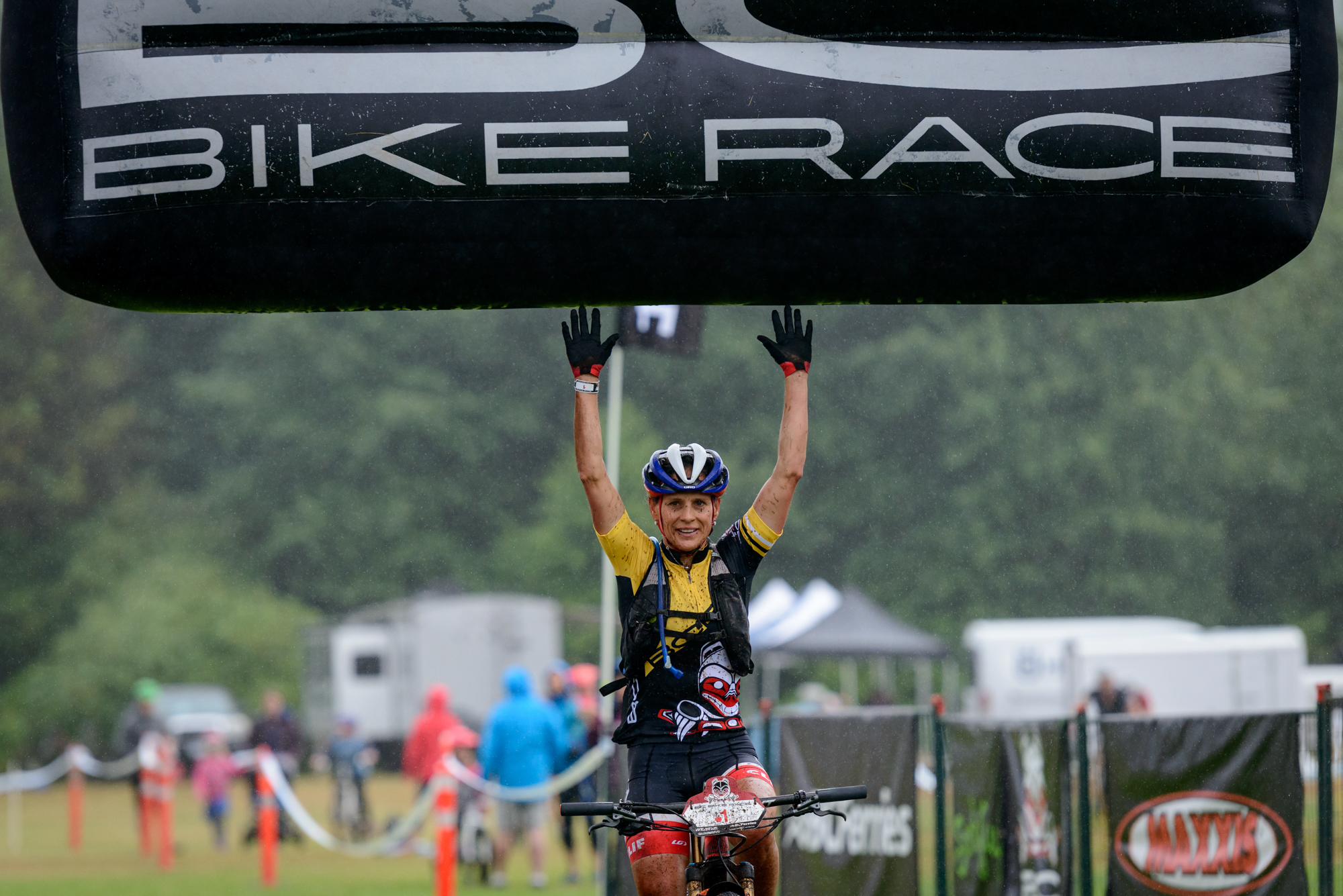