For the 10th year the BC Bike Race has come to Squamish and sent an international field of riders on an adventure into the woods in search of trails made famous by the world of mountain bikers. There is a reason Squamish is a bucket list destination for riders the world-over and it has something to do with an unparalleled variety of trails accessible from town. Today’s stage, presented by Shimano, took riders through a checklist of trail styles. From raw, to steep, to machined built jump trails, the variety left no one disappointed.

Today was the day a local would defeat an international field represented by 36 countries. This is where a hometown strong-man can rest where others struggle to adjust to the terrain that holds secrets around each corner and rewards precise wheel placement. Despite the perceived difficulty of the stage Squamish is always voted the favorite day of the event by the riders. It is the most rewarding, because nothing easy was ever worth working for.

There is a reason that Shimano has been a multi year sponsor of the event and has always chosen Squamish as it’s day to stand out. They have a long tradition of product testing at the BCBR, doing product releases, and bringing in their engineers from Japan to be immersed in a global bike culture that is one humming festival of component abuse. There may be no better testing ground in the world. Seven days of every imaginable terrain and rider style, pushing products and bodies to the limit, that is the BC Bike Race in a nutshell.

This year Shimano took the opportunity to do a debut of two new products. Today they released new high end MTB shoes with soles designed by Michelin. They also had top riders on the new Di2 XT electronic drivetrain since the beginning of the week in it’s debut in a competitive environment. The top four riders were all fitted with the newest components at the beginning of the race for some of the best real world testing available.

“Having a brand aligned with an event like this is important. We want to immerse ourselves in MTB culture and this is the heart of it. This is the pinnacle of this type of race. There is probably no better testament of the product than this race.” ~David Blondel, Shimano Marketing Manager

“The goal was two steps forward on the descent and one step back on the climbs.”

Three key components that every mountain bike racer needs are fitness, trail skills, and strategy. If you have strategy you can use your strengths and weaknesses to your full advantage for success where pure numbers may not be on your side. Today’s race winner Quinn Moberg, may only be 22 but his strategic skills are sharper than many twice his age. Moberg, who is a local from Squamish, executed his plan without hesitation by entering the opening section of singletrack three corners ahead and proceeded to flow every piece of trail while his opponents’ small mistakes began to stack up a time deficit.

Spencer Paxson and Cory Wallace ( Kona Bikes ) had a feeling that Moberg would be attacking from the gun and countered with their own strategy to protect the leaders jersey for Kona. A strong start fell apart at the bottom of Pseudo-Tsuga when Wallace flatted and he told Paxson to continue on when Stephen Ettinger ( Ride Biker Alliance/ Focus ) and Manuel Weissenbacher ( Craft Rocky Mountain) bridged back up as the Kona boys fiddled with a flat tire.

Moberg held his lead and put almost 5 minutes into the rest of the pack while Paxson held off Weissenbacher who got his best finish of the race with a third on the day. Wallace managed to get back into the game and finished at the line one second behind the Austrian.

“I’m gutted for Wally. It was a group of 6 at the beginning of the 7 day’s, then it was a group of 3 and now it’s down to two teammates. These races come down to memorable duke-fests with your buddies. It’s as good as it gets.”  ~ Paxson

Tomorrow expect to see some friendly competition as the Kona teammates attack each other, while Paxson’s roommate Ettinger brings the Olympic ready legs to the start line. The French Marathon National Champion Frederic Gombert (CycleTyres) has stated his desire to win a stage and will be gunning hard to make that dream come true. It has been a good race all week and the last day in Whistler is on a similar trajectory.

Kelli Emmett ( Juliana SRAM ) stacked her lead heavily again today with a 14 minute gap on second place Sammi Runnels ( Ride Biker Alliance ). Kaysee Armstrong ( LIV Giant ) was another 10 minutes in third. Runnels took a small crash in the final kilometers while Armstrong began to feel the efforts of the week and had a classic bonk half way through the day.

Faces in the Races

Every year the Kazimirski Law Corporation and the BC Bike Race give away one entry for the race to a BC resident who has been voted by their peers as exceptional contributors to their cycling communities. It’s an opportunity to recognize those who operate with passion to make their community better through things such as trails, programming and advocacy.

This year’s winner is Jessie McGarrigle from Nanaimo BC, a long time member of the Nanaimo Mountain Bike Club. She was elected by her community for her work as a trail advocate, a leader of group rides, and a promoter of more women on mountain bikes.

“I was not prepared. I did not at any point think I was going to win it. I knew the names of the other people who were nominated and I felt for sure they were going to win it. When sister-in law called and told me I won, I said won what?” ~ McGarrigle

It was obvious upon meeting her that she has a boundless energy that is often found in motivated community members who dedicate much of their time to their tribe. Despite after six days of racing a race she only learned 4 months ago that she would be doing, her enthusiasm for the experience she unexpectedly found herself in was punctuated by laughter and an appreciation for the entire experience.

“Huge thank you to all the volunteers and organizers. It’s a massive honor to be nominated for something like this and then to actually get it is shocking, so to be able to come out and ride some of the best singletrack is rad.” ~ McGarrigle

When asked what her secret race motivation is she thought and named two things. One was the jar of dill pickles she has waiting for her at the end of the day and the other are the people around her. “When I start to get really tired I start to ask people that are passing me where they’re from and it’s been absolutely fascinating learning there’s people from all over the world who are here. On day one in Cumberland I was riding with a lady and she had never ridden in the rain before.”

As an experienced volunteer she talked about her appreciation for the people who make the BC Bike Race happen and has made a personal commitment to volunteering at next year’s race.

Tomorrow will mark a major change in the Whistler stage. The course will be a point to point race that will use more of the trails that explore a wider variety of the trails surrounding Whistler. Starting at Bayly Park the race will travel 26 km to finish in Rainbow Park. Expect a race that is slightly harder and longer than the traditional start. This is the last chance for riders to soak up the race experience before returning to the life they left behind a week ago. 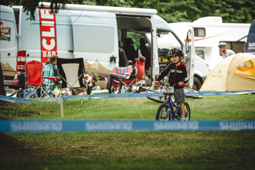 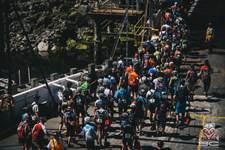 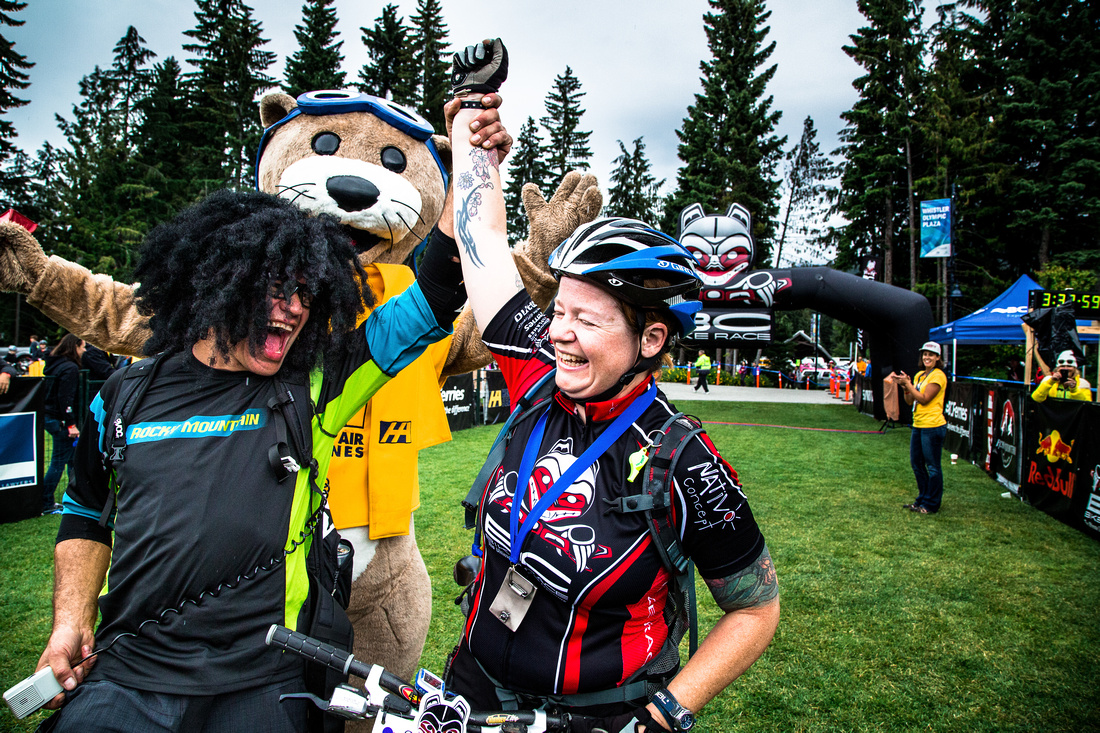